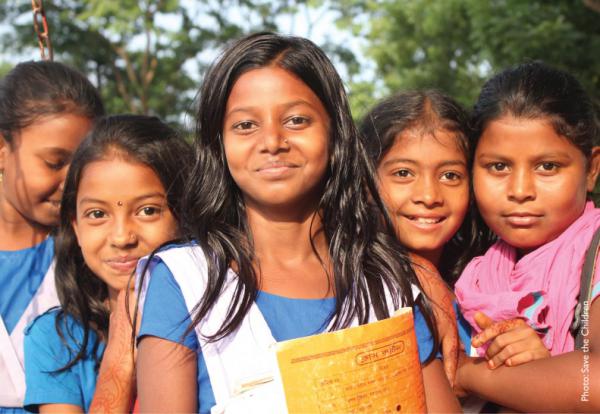 As school education makes a comeback on the public debate agenda for all the wrong reasons, and none but the Islamic fundamentalists have come out to defend the government yet, here’s a message for the Awami League policy makers: Open your eyes, stop substituting BNP-Jamat, act like the secular center left party it meant to be, show some leadership and do not even dare to play opportunistic games with our kids future for short term political greed. It might be of interest for few, but in the long term the social and economic consequences of such selfish practice will be severe, and you’ll be judged for that, even long after you’re gone.

Apart from sexism, poor quality and spelling mistakes one serious concern baffling the expert academics and an overwhelming majority of the parents, predominantly secular AL faithfuls, since the introduction of the new textbooks is that, the books are designed as demanded by the fundamentalist political outfits to segregate pupils based on religion, contributing to a clear violation of one of the central tenant of the forging principles of Bangladeshi nation.

Credit goes to AL leaders when they argue, that a 21st century education system focusing on modern democratic values, science, technology and the best utilization of our most precious assets- our children- is the only way forward for this nation.

But, while under their watch, Deobondi clerics, who have a principle position of opposing modern education and values, dictate the course of school education curricula, it certainly jeopardizes the outcome of that great vision.

The problem is when our leaders talk about education, science and technology- often promptly quoting advanced nations as example, they’re merely paying lip service as they have no understanding about the technologies that create such system.

Separation of religion from the practical affairs of the state such as education and legal justice system has long been claimed as the holly-grail of success by the nations with advanced social and economic standard . Even in countries, for example the US, where religious lobby holds a formidable grip over the political process, policymakers from all sides have agreed upon one principle, that is, the nation’s education policy to be entirely a matter for expert opinion and religion must not play any role in it, even if that means loss of political capital for some, say the Republicans.

In Lemon VS Kurtzman The US Supreme Court devised a test in accordance with the 1st amendment of the US constitution which prohibits the Government from making any law or taking any action including education policy that unduly favor one religion over another. Widely known as Lemon test, instructs, a public school program to proceed :

i. It must have a secular purpose.

ii. The principal or primary effect of it must not advance nor inhibit religious practice.

iii. It must not result in an “excessive government entanglement” with religious affairs.

In Australia, the Victorian state law states, ” education in government schools must be secular and shall not promote any particular religious practice, denomination or sect.”

Recently, at the heart of Roman Catholicism ( Or should I spell “Hurt”) the European Court has ruled Italian schools not to display Crucifix in the classrooms.

Even in neighboring India where Hindutva movement of BJP is a political factor, national school education curricula remains secular, and see how they are blossoming: Indian scientists are now in many aspects leading the world of science and technology, allowing the government to claim India as a global superpower.

While analyzing the recent exclusions and inclusions of the new school books, It also came to my mind, that whether those who were in charge, understand a thing about rules of law. Can these books survive, if they are to be challenged in the court?

The textbooks are a complete violation of Bangladesh’s international obligation under the Article 26 of the Universal Declaration of Human Rights according to which parents have the right to have their children educated in a way that is consistent with their religious beliefs.

To be honest, I personally think that, teaching some aspects of religion , if it is done in a manner that does not indoctrinate children to a specific belief, or does not conflict with science can be productive, as it may create tolerance and understanding towards each other.

And that’s what a secular education system is all about. It’s a system where we educate our kids together and teach them the value of unity, humanity, and multiculturalism. They’ll be taught subjects based on science, arts, history, critical thinking, as well as different religious views. Not just one.

The fun fact is: In a bid to ensure equal opportunities for underprivileged Madrasa students, for years the academics are asking the government to reform the Madrasa education system for good, which means introduction of subjects based on science, technology, and business into the curricula that are necessary to join the modern workforce . And look what had just happened, instead, the Madrasa based religious lobby changed the curricula of our secular somewhat progressive school education system.

How hard it is for the AL leaders to understand, that religious fundamentalism is a chronic illness- wherever it spreads, oppression and injustice follows. They should not be allowed to get a grip on our kids education system under any circumstances.

Apparently, for the Bangladeshi politicians, secularism in the constitution has just become a socially acceptable slogan, and because of the collapse of political conviction, religion has now become, even for the secularist Awami League, a form of ideological value- a tool to deceive people, which is harmful for the existence and welfare of the both the state and religion.

While Bangladesh is the loser, the ultimate beneficiary of this are the fundamentalist outfits, as they are now even gaining access into the minds of our kids, and as the doorway opens, soon there will be a time, they’ll push for myths and fairy-tales to be included into the science books, or limiting education access for the girls, whom they describe as ” Mouth watering tamarind”, and further damage our society at a time when science, technology and addition of women into the workforce are the key to survive in the heavily contested global marketplace.

Here at the end- another message. This time, for the Prime Minister Seikh Hasina- the leader of the greatest political movement this nation has ever created and the daughter of the father of our nation Bongobondhu Seikh Mujibor Rahman, ” you’re under an obligatory duty to not to compromise with fundamentalism, even if that means loss of pseudo-political capital. Be the leader we know you’re, get on the front foot in our battle against fundamentalism, but more importantly, listen to the core defenders of the party from whom you wield all your strength. The fundamentalists were never your friend and they’ll never become one.”

Langadu- a national shame for Bangladesh