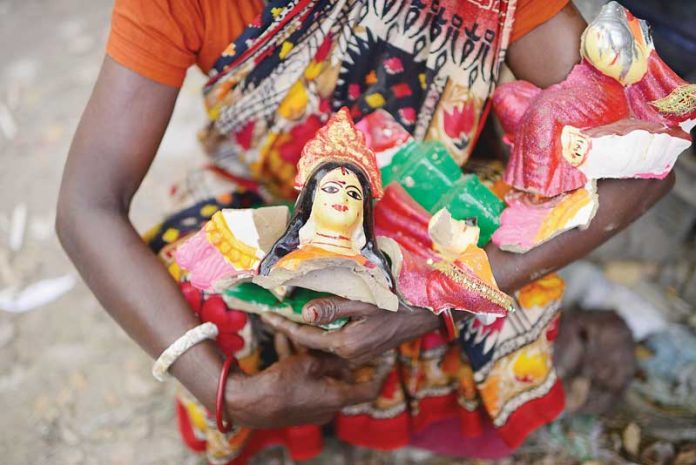 One of the finest legal brains of the nation Justice Samsuddin Chowdhury Manik has accused the district Magistrate of Brahmanbaria of depriving “Rasraj”, of his constitutional rights to defend.

Rasraj, whose Facebook posts allegedly inflicted the communal violence in Nasirnagar of eastern Bangladeshi district of Brahmanbaria, could not appoint a counsel, meaning he was denied his universal right to defend him before the court.

“All persons under any form of detention or imprisonment shall be entitled to have the assistance of, and to communicate and consult with, legal counsel” is an international and constitutional guarantee to all citizens and residents of Bangladesh.

Article 27 of the constitution proclaims that all citizens are equal before the law and entitled to equal protection of the law; article 31(2) instructs that the citizens and residents of Bangladesh shall be treated in accordance with the law; article 35(3) guarantees a fair trial for all.

Article 14 stipulates “It shall be a fundamental responsibility of the State to emancipate the toiling masses the peasants and workers and backward sections of the people from all forms of exploitation.”

And according to article 33 (1), “No person who is arrested shall be detained in custody without being informed, as soon as may be, of the grounds for such arrest, nor shall he be denied the right to consult and be defended by a legal practitioner of his choice.”

I won’t put forward an argument that Rosraj is becoming another scapegoat like Joje Mia of 2004 Grenade attack yet, although many including academics as credible and respected as Shahriar Kabir have already indicated that a despicable conspiracy attempt of covering up to hide the criminals is well underway and demanded a Judicial inquiry, but, however, I like many other concerned Bangladeshis must second him in the other aspect, that the government has fell short of expectations to prevent the attacks on minorities.

Moreover, it is yet to ensure proper rehabilitation of the victims, although many days have already passed by since the start of the events.

And, that for me also means insuring justice and protection for Rasraj in accordance with the principles of the constitution of Peoples Republic of Bangladesh.

The accused Rosraj may or may not have committed the crime is a matter for the court to find out, but it has already been prevailed that Rosraj is from an underprivileged section of the society with a little education of no more than year 5, thus have no expertise of substantive and procedural law, is not fully aware of his rights and lacks skill in exercising them.

Justice Chowdhury has also pointed out, anticipating, that some people are trying to compel Rosraj to give confessional statement which is very concerning considering the enormous importance of the matter and Bangladesh’s infamous reputation of custodial torture, especially during the remand interrogation despite being a party of the “Convention against Torture and Other Cruel, Inhuman or Degrading Treatment or Punishment.”

A court preceding of a criminal matter is not a child’s play but the fundamental principle of a civilized democratic system that requires to be secured beyond reasonable doubt and depriving a person as important as Rasraj, who has potential of becoming an invaluable witness to bring the perpetrators of Nasirnagar attack to justice, from legal representation rings the alarm bell that he might become a victim to the miscarriage of justice, is seriously concerning considering the past examples of our weak criminal justice system.

Days have gone by since the heinous attack on Hindu communities, the AL lead government has completely failed to take substantial action to bring the perpetrators to book which was expected from them.

Prime Minister Sheikh Hasina and her party colleagues must be aware that because of the increasing use of social media and citizen journalism platforms 2016 is not as same as 2004. The people won’t be fooled by any incredible tales like Joje Mia which was given out in 2004 by the then BNP government.

Nasirnagar is a shame for Bangladesh.

To uphold the principles of rule of law and the constitution of Bangladesh, we demand, anyone and everyone responsible, whoever and however powerful may they be, be punished for their crime.

A miscarriage of justice