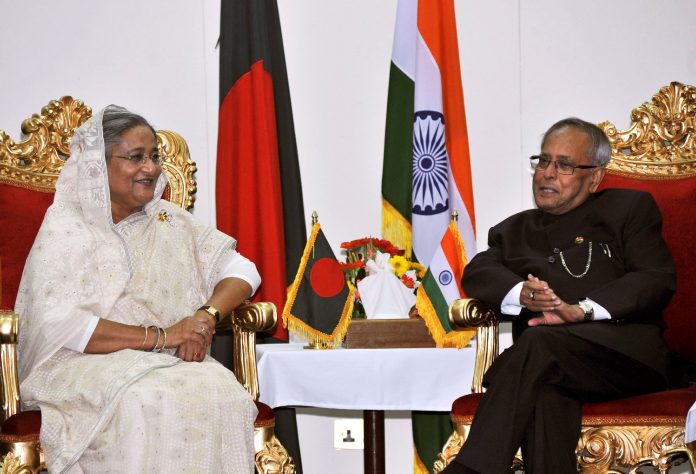 Nations can be analysed from different angles and from different aspects. Lets not forget, each and every nation has its own unique attributes. Different sets of social and cultural values. Every nation has a past which can be considered negative by the others. It is no different for Bangladesh or India. But when it is about relationship between the two neighbors are we concentrating too much on differences? Has the negativity issue between this two nations gone too far?

This is an argument appears every now and then in Bangladeshi and Indian political landscape due to irresponsible-harmful political commentary by the leaders of the both countries which damages relationship efforts. It is probably the most significant reason of the unsatisfactory bilateral achievements despite many efforts to strengthen ties between the two neighbors in recent years.

Currently, the relationship focus between the two is mainly on economic matters. Apparently, it is not achieving much because of negativity and mistrust. Despite of all the efforts and intentions somehow the diplomatic process has been stick somewhere and the differences and mistrust are not decreasing to a satisfactory level.

It is probably time for the both countries to evaluate the existing policies and put a deep thought on a shared opportunity based policy. Extensive cultural exchange programs, collaboration between scientists and academics, joint education programs between top universities, creation of joint industry and business research groups, state funded communication between private entrepreneurs and business leaders can radically change this atmosphere of negativity and mistrust.

There must be clear intentions, agenda and effective mechanism to learn about each other and to engage with each other in every level possible.

It is important to allocate time and effort to find the common grounds. Not just economy. Focus must be on people and their desires. Bangladeshis and Indians both are proud of their own culture and dedicated to its preservation. They share same expectations on- education, job, family, health, environment, democracy and leadership. These are the common grounds between the people which can be used to build bridges between the nations. Building strong relationship between two countries is just not economic partnership or solving the border issues. It is bondage between people and society. Learning and understanding each other. Identifying common opportunities and creating shared memories.

Shared living experience of the travelers, students and current and future academics can connect people of the both countries by creating trust and understanding. It helps to learn about the mindsets of the people.

Understanding the domestic dimension and building confidence is pivotal.

Greater level of cultural interaction between people can also be the basis of the future interaction. It is always easy to communicate with people who we trust and familiar with.

Countries around the globe responding to global challenges collaboratively. Neither Bangladesh nor India currently has such a partner which is an opportunity for the both to build a true and meaningful regional partnership for future prosperity.

There is a widespread belief that future holds great opportunity for this part of the world.

Predicted economic advancements would definitely change lifestyle and living standard of people of this region which also mean new challenges. It would be wise to respond to those challenges of education, science and research jointly than alone.

It is time for a new approach. Establishment of a joint Bangladesh-India research and education center can play a pivotal role to take the relationship to a new high. Commissioning of new studies through the institute and collaboration between the academics to find evidence based approach can radically re-shape the relationship and attitude. It can achieve things which was considered impossible previously if the driving and influencing forces of the two nations are found.

We all know the historic and cultural similarities between Bangladesh and India. It is a common ground which must be used positively to find new ways of collaboration. We have more things in common that unite us than differences that divide us. Time has come to identify them and use them positively through new approaches.