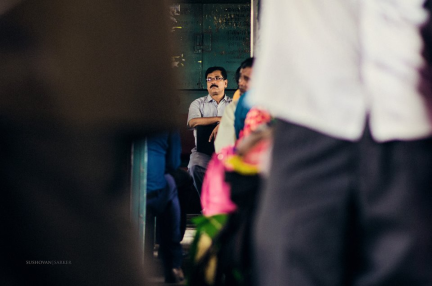 Calcutta Walks thrives upon ongoing conversations with all cultures, and seeks to enrich the experience of being human, by facilitating meaningful exchanges. Language may seem like an obtrusive barrier in this conversation but it does add immense value to a culture and people. It permeates through the poetry, prose, theatre and film of a nation and reaches out expressing universalism at its best.

Today is Ekushey February- 21st February, International Mother Language Day- and we owe this day to that seemingly unassuming neighbour-nation Bangladesh. As a people, they rose up in one voice and spirit to demand recognition of their native language- lingua madre, Bengali way back in 1952, when they were slaving under Pakistani dominance. As a world, we owe this movement much more than we give credit for. To be proud of our roots, is the first pre-requisite of empowering our wings to fly. Our mother tongue- the first words we babble as babies, or the language in which we think and speak when we are ourselves, deserves more encouragement and recognition.

In a multi- lingual world like ours, where our colonial past has done much to corrode the fabric of the mother tongue, it is important to inspire a sense of respect for it.

The point of this post to also to highlight the heart of the matter of languages- that it is more than the script we write or the words we speak. For many of us our native language is the language of visuals and the language of stories that are both local and universal.

Let us introduce you to Sushobhan Sarkar- he is a doctor, a photographer and a Bangladeshi. He looks at ease on the streets of Calcutta or Varanasi, as much as he would on the streets of Dhaka. He is a story teller in his own right. That is what links him to the rest of the world. Because of the common past the two cities share, Calcutta and Dhaka are close sisters. West Bengal and Bangladesh share much even today. So, in lieu of the occasion, there was a hearty conversation with this reticient young man, and it is easy to see that his is the lingua franca of image. He has made numerous visits to the city and finds Calcutta refreshingly multi-cultural, with its mind boggling milieu of people, communities, languages and street food.

It is this multiplicity of culture that draws the story teller in him to the City. Yes, his native tongue is Bengali, but he clarifies that the accents vastly differ across borders.

Featured below are some of his shots of the city-

The underlying thought…the language that persists is the language of emotions. Travelling from different parts of the world, Calcutta strikes a chord because it articulates many similar emotions. So on International Mother Tongue Day- here is a different take on the concept of languages.