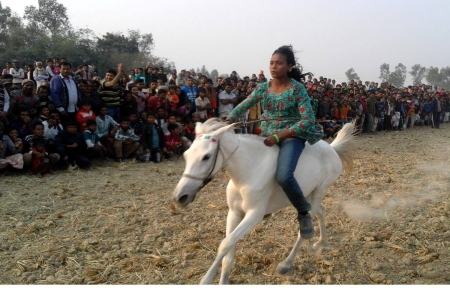 Tasamina is our daughter, a daughter of an uncharted village, defeated by her strong will power, poverty is defeated. In fact, if we do any work, if it fails 2-1 times, it will not give me the desire to come forward. The best example of this mistake is that this girl is the child. From childhood, Tasminena horse-long addiction. There was no horse like myself in the competition. Yet wherever the races are organized due to intoxication, Tasminya goes there with the father. The other wins the horse. The reward is to be given to the owner of the horse. Parents can not be silent due to daughter’s addiction. Whenever you heard about the competition, you took the girl and used to play for the owner of the horse.

the daughter was interested in the poor horse in the last two grant November 016 is located in Gazipur own horse farm prices from Rs 1 lakh was donated horses.

Last year, a documentary made by the first light was made with the boys’ horsemen in the undivided village. Tanaha Zafarin produced the documentary under the overall supervision of Anisul Haque, the co-editor of Prothom Alo. It was first shown on December 8, 2016 at a domestic ceremony at the head office of the first light. The documentary has so far seen 13 million times more on the first light Facebook page. And on YouTube it has seen about 63 thousand people.
Let’s take a look at that very interesting documentary
Many people have seen or know about this matter, but it is good to share this with everyone.

‘Olympia Film Festival for Children and Young People’ is going to be held in Pyrgos, under the Olympus Mountains of Greece. The shortest documentary film ‘Cavalier Tasmina’ has been selected for the final competition in the documentary section of Europe’s second largest festival of cavalcade.

We can do many things to Bangladeshi people and we have the opportunity but do not do it due to lack of energy, this post is dedicated to those who have been defeated repeatedly but have not succeeded or have not succeeded yet.
Good luck for them, and also for Tasminena.