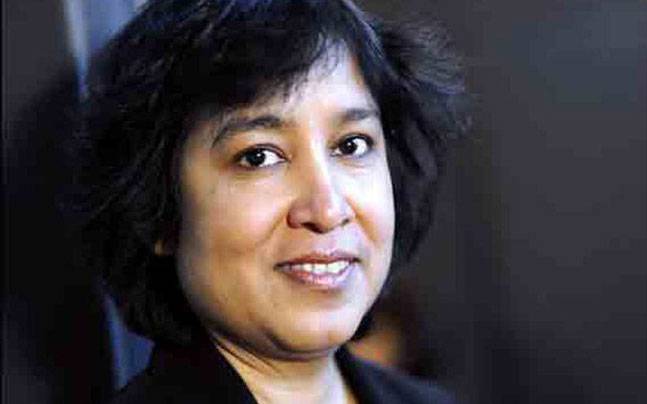 Day before yesterday, I came to New York from Delhi. Surprisingly, I feel more at home in New York than in Delhi although it is very far from my country. What can be the reason for feeling so much at home? Is it because some of my relatives are here, or that I have been coming to New York for many years, lived here for many years, or is it because my permanent resident permit of New York is of longer duration than that of Delhi? Or is it because people remind me that I am a foreigner more often in Delhi than in New York? I don’t really know. I started feeling happy from the New York airport itself. I asked a man in the moving crowd, “Can you please tell me where the payphone is?” The man said, “You need a phone? Here, take mine. You can call from my phone while I go to the restroom.” The middle-aged African-American man put an expensive smartphone in my hand and left. After waiting there for fifteen minutes I saw the man coming back. Does anyone believe in others like this nowadays? I haven’t seen anything like this for a long time. Everywhere I look, I see the sting of suspicion, the arrow of distrust. There are still some good people on this earth who make life worth living.
In the part of New York I am now, most of the residents are from Asia. From India, Bangladesh, Pakistan, Afghanistan, China, Korea. At one time this area belonged to the Jews. When they became wealthy, they moved to better areas, and Asians who were less well-off moved in to make their homes. I used to see shops of Indians here before, but now all those have been taken over by the Chinese. It seems that the Chinatown of Manhattan will slowly become the town of Caucasian Americans and Flushing, Queens will become the future Chinatown. In all the big cities of the world there is inevitably a small Chinatown. When I was living in Manhattan a few years ago, I would often go to Chinatown to buy live fish, and sometimes eat in the Chinese restaurants. I love Chinese food. But it’s somewhat difficult for me in those Manhattan and Flushing restaurants because most of the waiters and the owners do not know English, nor is the menu in English. I have to order what I want by showing them the pictures on the menu. The Chinese are happily living in the USA for generations, doing business or working at jobs, without knowing a word of English.
I quite like Flushing. Whenever I come here, I feel that I am in a city inside China. I’m not sure how long the Chinese will stay on here.
When they come into some money they will either buy a house in Long Island or an apartment in Manhattan. The poor follows the middle-class, the middle-class follows the rich, and the rich follows the super-rich. My life does not follow this trajectory though. I had an apartment on the twenty-third floor in Manhattan where the East River meets the Hudson; I left that apartment to go and live in congested Delhi which has the world’s highest air pollution. I left as I couldn’t afford to maintain the standard of living here, and also to live right next to my country. Although what is the use of being next door when my country is not opening its doors!
I will go to Virginia from New York where our conference ‘Women in Secularism’ is taking place. Famous atheistic American feminists like Barbara Ehrenreich, Susan Jacoby, Rebecca Goldstein and Ophelia Benson are going to speak in this conference. The subject of my lecture is ‘Why is Secularism necessary for Women’. I am going to talk about the importance of separating religion from the state, society, law and education system to truly and effectively bring about equal rights for women. I will say that religion is personal to an individual and that externalizing it beyond the boundaries of one’s personal matter is not at all safe. I am not the first to say this; free-thinkers have been saying them for a long, long time. The Western countries have changed slowly after going through hundreds of years of women’s movements. But someone from the Muslim countries has to speak on this. The problem is one has to go to jail, die or be exiled like I am to talk about it. Despite all that some protest by risking their lives. After all, it is only a few who try to change society. And in the end, society does change, due to those few people.

I was preparing my lecture and thinking deeply on religion, secularism, etc. when I got a bunch of films on Jesus suddenly. A new documentary called ‘The Bible’. An old film by Martin Scorsese: ‘The Last Temptation of Christ’, Monty Python’s ‘Life of Brian’, the BBC documentary ‘Did Jesus Die on the Cross?’, Richard Carrier’s research lecture ‘Did Jesus Even Exist?’. Watching them, I got completely immersed in Jesus. I acquired some amusing information such as – Jesus fled from the Roman tortures and took refuge in Kashmir, he died there, the Roza Bal shrine is Jesus’ tomb.
This tomb was even shown on BBC. If Jesus does not rise up from the dead after three days and flies off in the sky, then there does not remain anything called Christianity. It seems that Jesus came to Kashmir to join a Buddhist conference. Others say that there is no account of Jesus’ from 14 years to 29 years of his age, no one knows where he was or what he did during that time, that he must have come to India then and become initiated into Buddhism. What was absent in Judaism and entered into Christianity – that tolerance and humanism – came from Buddhism. That is the reason why Jesus has to be brought into Indian by hook or by crook. In his film, Martin Scorsese has revealed unpleasant truths about Christ. The Christian doctrinaires were not able to tolerate such unpalatable facts, so the film is still banned in many countries. The film shows that at one time Jesus spoke about love, and that he picked up the sword and the axe to kill his enemies. Not only that, after his lover Mary Magdalene’s death, he indulged in the company of several women. He ran a great deal after worldly pleasures. Since these events embarrass the Christians, they are not mentioned in the documentary called ‘The Bible’. There we only see plenty of miracles – Jesus walking on water, changing water into wine, transforming three fishes into three thousand with a snap of his fingers, healing the leper by just a touch. I am not of the opinion that, just because a lot of people will not accept the subject-matter of ‘The Last Temptation of Christ’, that film should be banned. However, it has been banned in those countries where the right to freedom of expression is not highly valued.
People of the Islamic states do not have much freedom of speech. One of the Saudi princesses who are under house arrest in the city of Jeddah – Sahar Al Saud – has called on the Saudi people to revolt against the Saudi government. She must be talking about democratic rights and human rights for everyone; she must be wanting freedom of thought, freedom of speech, Independence of women. Even in the misogynistic societies like that of Saudi Arabia, some women are conscious of their own rights. The Saudi princesses are not exempting their father either from criticism. These brave women are interned, banished. Women suffer the most from fundamentalism; therefore it is women who have to revolt the most against fundamentalism. I feel extremely helpless when I hear that women themselves are becoming fundamentalists. I heard that thirty to forty thousand women from the Jamaat-e-Islami squad are helping the anti-woman Jamaat-e-Islami.
No one else does a better job than women of digging one’s own grave. I feel really sad at the thought of how fast Bangladesh has changed! When I was studying at the medical college in the ’80s, none of my Muslim friends spoke excessively about Islam, none of them did roza1 or namaz2, kept beards or wore the hijab3. After thirty years, most of these renowned doctors who were at one time my classmates have become ultra-conservative fundamentalists. The whole country changed so drastically in such a short time. Society becomes good progressively. But our society is increasingly becoming bad, bigoted, intolerant, misogynistic, illiterate. It amazes me to think that the people of a country who had one day risen up in revolt to preserve their Bengali language and culture, mounted agitations to bring in democracy through language movements, fought in the War of Liberation, today, in that same country, there is no place for an authoress who writes in support of that War; that the person who talks in favor human rights and equal rights of women is banned.
The other day, a group of Hindus, Buddhists and Christians from Bangladesh, after meeting with the President of India, came to meet me in the evening. I told them, “A secular party is now in power, you shouldn’t be having any problems.”
The leader of the group asked me, “Who’s secular?”
I said, “Hasina”.
The group leader, with a roar of laughter, said, “What are you saying? Hasina is secular? If she was secular then she would have accepted you back into the country!”

Bangladesh: Do not legitimize Paedophilia