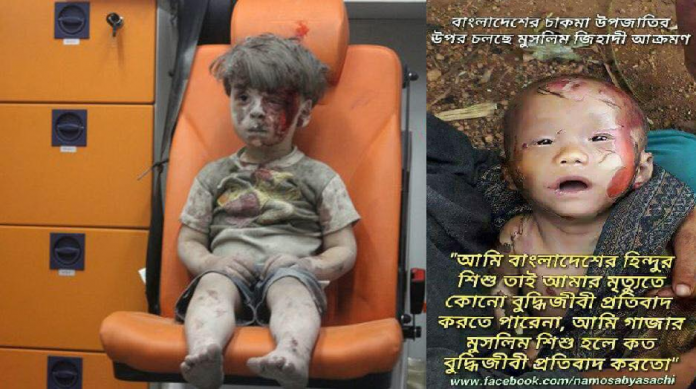 One of them is from Syria – a symbol of suffering children in a country ripped apart by civil war. Thanks to media, this photo became one of the most globally recognized photos world wide. The other one is from neighbouring Bangladesh, a recent victim of the Jihadi genocide going on the against the Chakmas, Buddhists and Hindus in the Chittagong hill tracts since a long time. The liberal dominated MSM is totally silent on this episode as usual…. ostensibly this is called political correctness. When will our media and ‘buddhi jibis’ shed their cloak of political correctness (whatever it means) and condemn both incidents with the same aggressiveness?