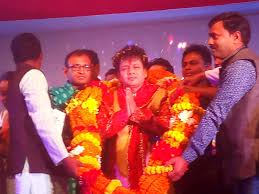 Hon’ble Prime Minister-
I- an ordinary singer, an engineer.
I wrote a letter to you with great courage
Verify the truth with false language.
You are the daughter of the spirit of democracy
Who else will take care of humanity except you.
In a country where minorities are indiscriminately persecuted
Signs of democracy being destroyed!

Those helpless Hindus are expatriates in their homeland today
Minorities are omnivorous during the transition period!
They are terrified! Horrible! Hands, feet, face tied
How many Hindus are leaving home in the dark of night!
Savar, Chandpur, Chatgaon, Rangpur, Asashuni, Jamalpur
Satkhira and Pirojpur mournful tune!
Some people say terrorism! I do – add ‘no’
The analyst said they belong to all political parties!
Some of the administration’s own tactics are self-explanatory
Alas, those who chase ghosts are also possessed by ghosts!
Conspiracy conspiracy in Panchagarh jail
My brother was burned to death in hell!
They tied my mother to a tree and killed her in primitive joy
My sister is being gang raped day and night!
Listen to the door like an orphan rather than justice
The message of justice does not cry silently

You- wise woman, you understand the value of modesty
Minority is equal to the animal today?
Do something, leader, do something
Losing respect, hold my sister’s hand.

How many signs of barbarism they leave
Even if something is revealed, it remains unpublished!

Boba can’t dream like that
Minorities stay in their own country!
Everyone seems to be the curse of dumb black life
Birth is a sin born of a minority!
The world was stunned forever
Minority is the same in all countries at all times!

Even then I do not want to leave the golden Bangladesh
I submit this request to you.
Farewell, dear leader, I want what else today
I just want the right to live safely.
Don’t look for anything other than your kind vision
I know that Sheikh Hasina is the last hope of the minority.