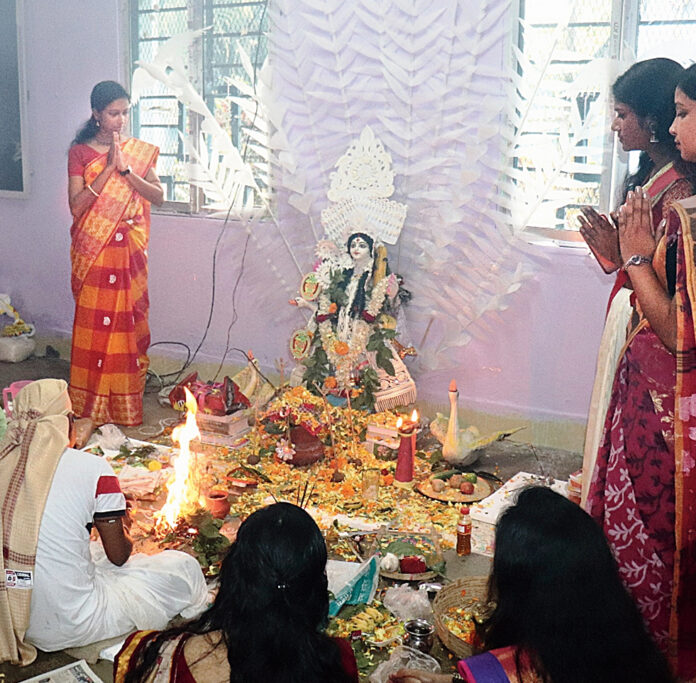 Saraswati Puja, harbingering the arrival of spring, is widely known as ‘Vasant Panchami’ in the other parts of India. In Bengal, it is an occasion for the students; all the educational institutions, besides the households, celebrate this day. Saraswati Puja in Bengal in unique in so many ways. The image of Saraswati has two hands as opposed to four hands in the rest of India and she is accompanied by a swan rather than a peacock. There are numerous traditions associated with the Saraswati Puja which is unique to Bengal. In this article, we list down ten such traditions which every Bengali is proud of.

Saraswati Puja in Bengal is not celebrated as a mere puja, it is an emotion. The students wait for a whole long year for this day as it is a special day for them and their energy, excitement, and zeal transform this auspicious day into a special one indeed.