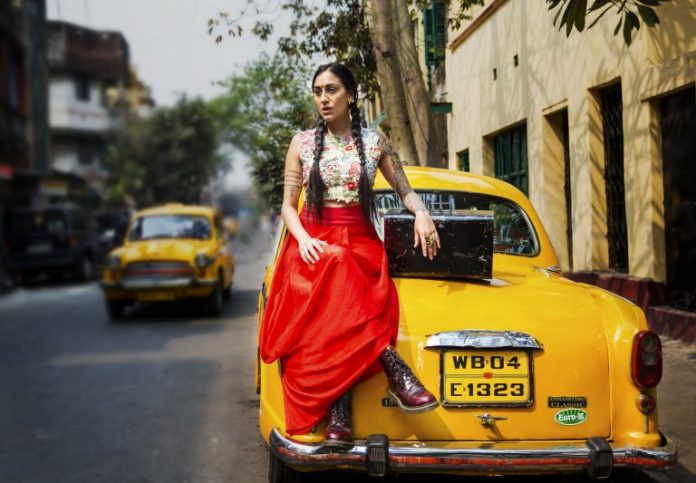 Last year around the same time, a baby was born & I’ve never spoken about it in detail since then. It started off as a mere idea that was given its form by my fellow designers. Few refused but many agreed to be a part of an initiative that had one simple objective- to promote Fashion from Bengal outside Bengal.

With each passing day a new designer mushrooms in the city of Joy. Trying to break the norm, trying to bring something new to the table.. Unique medium infused with modern forms, from culture to heritage to food to streets, everything in this city inspires you.

March 2016, The Travelling Trunk : Made in Bengal was born. Starting off with just 16 designers on board, this initiative is extremely close to my heart. We now boast of over 40 designers as a part of the ‘Made in Bengal’ trunk. The ultimate aim is to promote ingrown talent and bring together varied design aesthetics from the city under one roof. Sorry but it’s not just another trunk show. We believe in creating an experience.. for when you enter our show, whatever you touch is MADE IN BENGAL.

We flaunt success in cities like Delhi, Jaipur, Hydereabad as well as Ahmedabad.

March 2017, and we are back with our next edition. Aim remains the same-to promote ingrown talent outside Bengal. People love Calcutta, they love designs from Calcutta. All we are doing is bringing designers closer to the customers. The trunk boasts of varied designers with distinct design aesthetics resonating similar ideals.

This time around giving face to our new campaign is Writer, poet, Brand Ambassador & Model Karuna Ezara Parikh. Karuna has a deep rooted history with the city. She loves the city and shifted base to Kolkata in 2017. She began ‘The Calcutta Chromosome’, a writing  and photography project where she follows, connects with and presents in unique ways the people of the city, their arts crafts, their dreams, spaces, talents and passions. I always tell people that Bengal fashion is not just about ‘lal-paar sari’, it’s much more than that. Young Bengal is modern, dynamic, futuristic & enterprising. Karuna is what young Bengal looks like.

Justicia has fallen- What’s next?