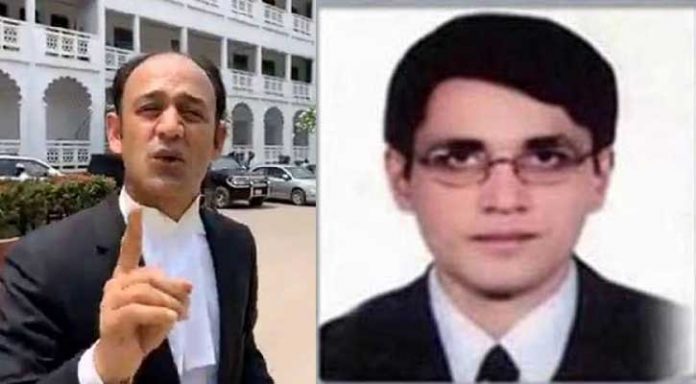 In the case of the death of lawyer Palash Roy, who was burnt to death in Panchagarh Jail, the question has arisen, what actually happened?

Bangladesh’s BBC Bangla reports: The High Court has ordered a judicial inquiry into the burning of a man named Palash Kumar Roy at the Panchagarh District Jail.

Palash Kumar Roy, a lawyer by profession, was burnt to death in the Panchagarh jail on April 26.

He died on April 30 in the burn unit of Dhaka Medical College Hospital.

The incident of a prisoner being set on fire in a safe place like a jail has caused quite a stir.

Sayedul Haque Sumon raised the question in the writ petition as to how the items needed to set fire to a human body inside the jail arrived and why the failure of the jail authorities to provide security to the inmates would not be declared illegal.

In the light of the writ, the court has directed a judicial inquiry into the incident.

However, Prabir Kumar Roy claimed that the case of insulting the Prime Minister was settled.

“My brother was a legal officer at a chemical company. In 2016, the company filed a false lawsuit against him,” he said.

He added, “On March 25 this year, he (Palash Roy) staged a human chain in protest of the incident and submitted a memorandum to the Prime Minister at the Panchagarh Deputy Commissioner’s Office.”

The next day, he was arrested and taken to jail on charges of insulting the Prime Minister, said Prabir Roy.

How the family found out about the fire
Palash Kumar Roy’s mother Mira Rani Roy told the BBC that she had gone to meet Palash in jail on the day of the fire.

He said, “When I went to visit the jail on the 28th, I saw an ambulance coming out of there. Later I found out that Palash had caught fire, so he was being taken to the hospital for treatment.”

He went to the hospital in Panchagarh but was not allowed to see Palash, he said.

Meera Roy further complained, “My son was taken to Rangpur from Panchagarh Hospital. I thought he was being taken to Rangpur Medical College for treatment, but I went to Rangpur and saw him lying in a bed in Rangpur Central Jail.”

However, Ratna Roy, senior jail superintendent at Rangpur Central Jail, told BBC Bangla that Palash Roy had been treated as per the rules.

“She (Palash Roy) has been given proper treatment. There was no lack of coordination and no negligence on the part of anyone,” Ms Roy said.

Saidul Haque Sumon, the lawyer who filed the writ petition in the High Court, said that a statement of the burnt Palash Roy was recorded in the hospital before his death and based on that statement, an application was made to the court on suspicion of murder.

Citing Palash Roy’s statement in the statement, Sayedul Haque Sumon said that two persons in jail sprayed some liquid on him and set him on fire.

Palash’s mother, Mira Roy, told the BBC that when she went to see Palash two days before the fire broke out on April 26, Palash told her that three people from Dhaka had met her and that she was being mentally abused.

However, family members are not sure who the three men were or why they were being pressured.

He said the committee has been directed to report on the matter within the next 30 days.